Usually on Monday morning, I'll remark to one of my coworkers, "Is it Friday, yet?"  I suspect I'm not alone in wanting to rush through the work week to get to the fun part. 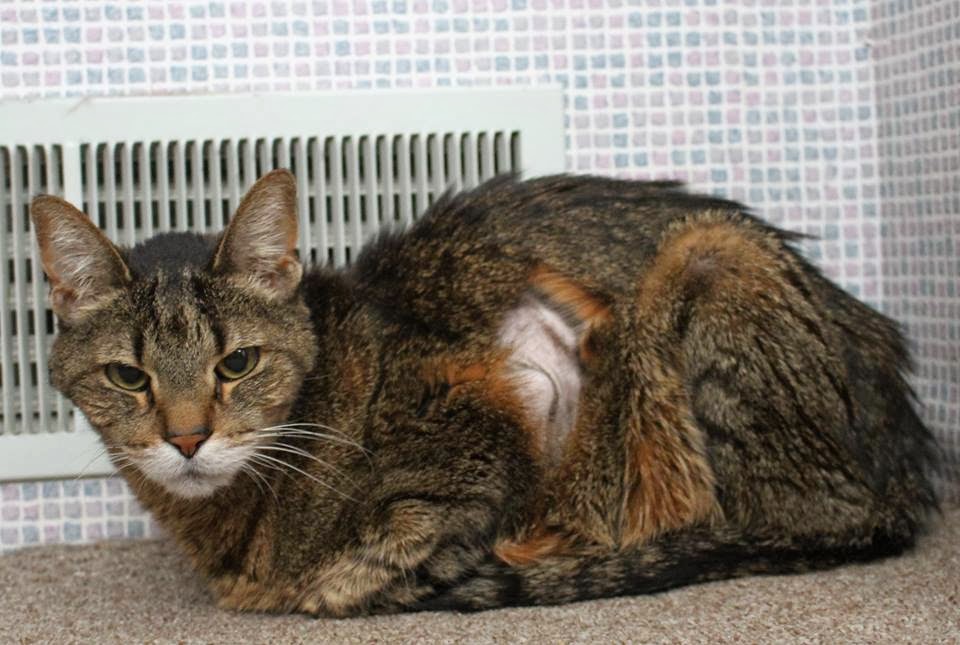 (Higgy the Cat, shown in front of his favorite heating vent, doesn't know anything's wrong, but
he is SUPER pissed that he had to be shaved on the coldest day of the year.)

I know. I know.  All of those are completely true, and I recognize that overall, I've got it pretty good and that almost everything I'm complaining about is a "first world problem".  Still, it's been enough bad luck in such a short time that I'm just feeling like it's one bad thing after another this year, and having trouble getting out of that negative mindset.

Since I can't make 2015 get here any faster, I need to find a way to reset my way of thinking, and since running had -- until this week -- actually been starting to go pretty well again, I think it's time to cut this blog entry short and head out on the road.

I'm sure that it'll also help when we win the Powerball tonight.
Posted by Brian at 8:02 AM

Email ThisBlogThis!Share to TwitterShare to FacebookShare to Pinterest
Labels: i suck as a person, negativity, pessimism