Timex Ironman Triathlon, my A**

Back in December, Chris and I went on a weeklong cruise on the Carnival Pride out of Baltimore.  It was a wonderful week of relaxation, eating, tropical adventures, and eating.

The time on the ship was relaxing and fun, but the highlights of the vacation were our two excursions in Nassau and Freeport in the Bahamas.

In Nassau, we had the chance to cruise around town on Segways, which I can't recommend enough.  We had guides and they did tell us stuff about Bahamian culture and history, which is very interesting, but all that edumacation is balanced out by riding around on such silly vehicles. 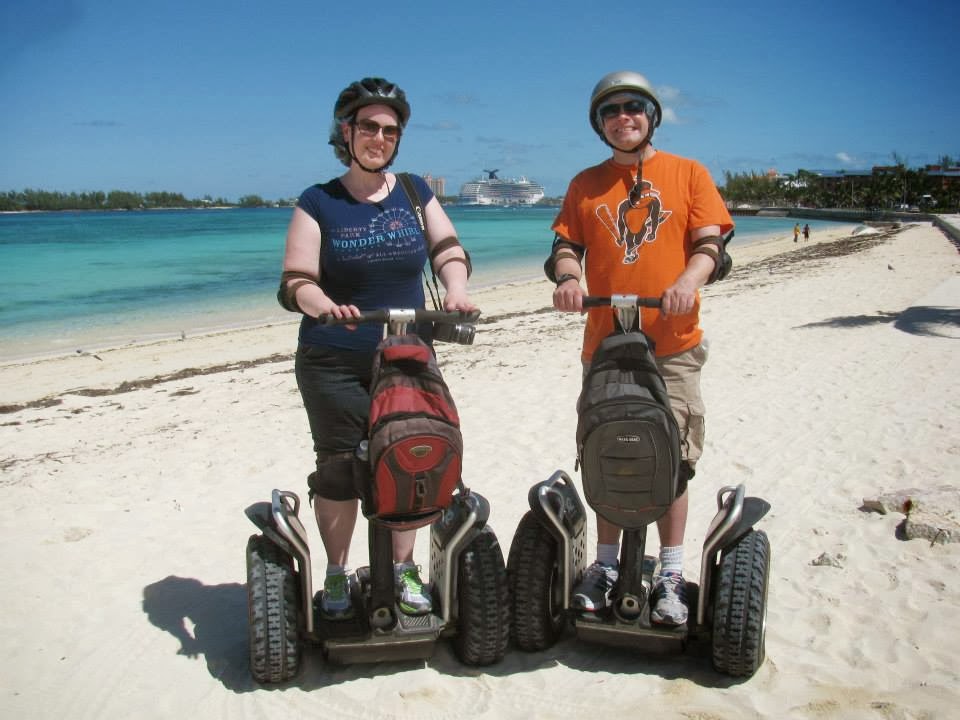 Our other excursion, in Freeport on Grand Bahama, was very educational.  Our guide's pride in his island's culture and people just shone through in every word he spoke.  We saw learned a lot, and saw many historical sites, and also had a chance to go snorkeling at a place called either "Paradise Cove" or "Dead Man's Reef", depending on which sign you looked at.

Here, at this gorgeous beach, I had a great time swimming and saw many beautiful fish.  I made it back, but my until-then trusty watch did not.  After a few minutes in the water, the time jumped an hour forward, causing me to think that our whole group was going to miss our ride back to the boat and be stuck at Dead Man's reef forever.  I'll be honest, I wouldn't have really minded.  A little while later, it stopped working altogether, and when I got out of the water it fluctuated between complete watch death and displaying nonsensical signals that probably signaled the Bahamian Apocalypse. 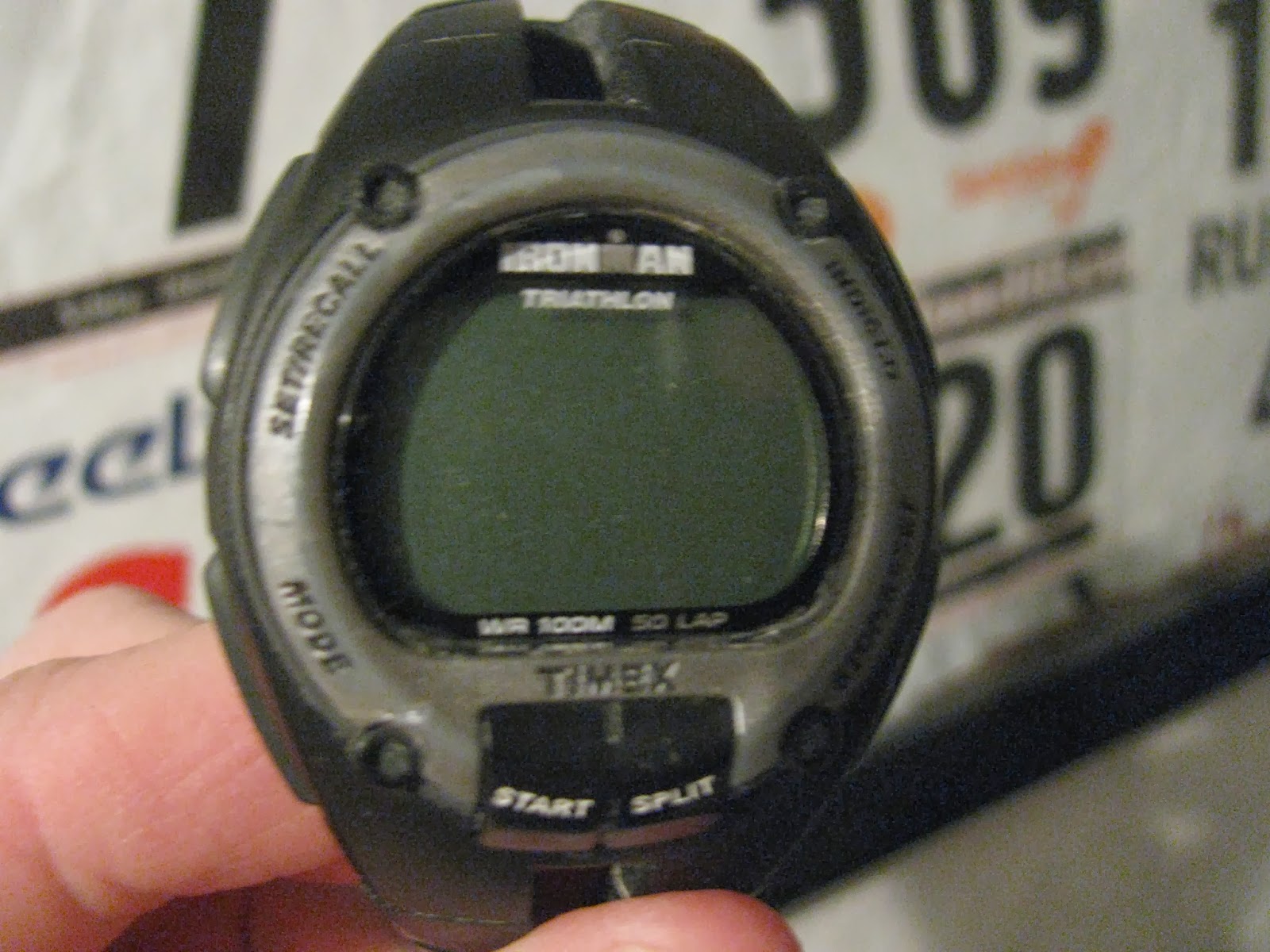 (Cause of death: drowning)

I took it to the jeweler last week to see if a new battery would save it, and he said the inside was corroded.  While it's my fault for A) waiting months to take it in and B) thinking I could snorkel with a $40 watch, the watch was supposed to be water resistant up to 100 meters and it is branded "triathlon".  If Timex is going to call a watch that, it should be able to go for a swim.
Posted by Brian at 5:28 PM

Email ThisBlogThis!Share to TwitterShare to FacebookShare to Pinterest
Labels: i like to complain about things, product review, timex ironman triathlon, watches