I'm currently in the process of planning my high school class' 20-year reunion.  I haven't kept in touch with most of my classmates, other than one close friend who I talk or text with several times a week, but it was a good group of people and I have generally good memories of the people in the class of 1995. But still, I have to admit that while I got along with everyone and my class didn't have anyone at all in it that I would say was a bully, the process has still brought back a fair amount of high-school anxiety that I didn't need in my life, particularly now, with my once-mighty hairline several inches receded and my waistline considerably expanded from those actually not-so glorious days. 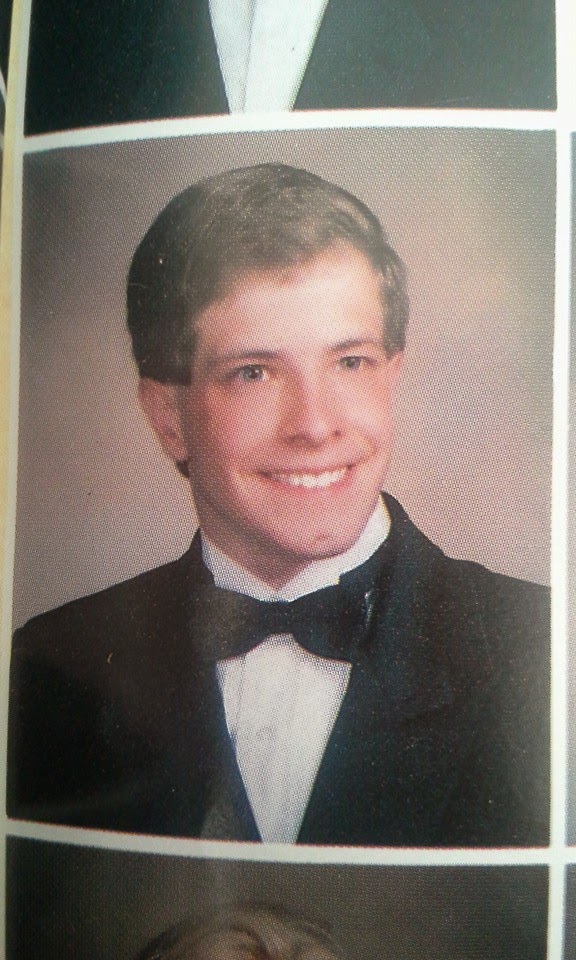 Although I do think fondly back on my class, the whole process has made me realize just how many grudges and how much resentment I do have going back all they way to high school and beyond.  One of the things I liked about my graduating class, and really treasured about my senior year, was that it was really the only time I remember from first grade through 12th where I felt like I was free from bullying.  I remember one day, driving home from school after senior play practice (in which I had a lead) on a sunny fall day in my fun little car and thinking "life is really good."

In hindsight, even in those other years, I guess nothing that most people would think seemed too bad happened to me.  I got in some fights in middle school, and one of the same kids who picked on me for years in my church's youth group pushed me, without provocation I might add, into a bush in 6th grad and cut my face up quite badly.

But while the physical violence of my youth was pretty minimal, I was constantly mocked for my small stature, a high-pitched and squeaky voice (especially in 9th and 10th grade, when it started to change to its currently slightly less high and squeaky adult pitch and my voice would just crack all the time);, and my relative lack of athleticism.  Those were days in which I had zero self-confidence and I really dreaded going to school every goddamn day.

Back in December, the high-school friend that I still talk to and I went to my school's annual alumni breakfast.  Immediately after RSVPing, we both had second thoughts based on who we might encounter there.  There was only one of my old bullies that I thought might be likely to attend, and I told my friend basically "This guy made 9th and 10th grade hell for me.  If he's there, I have to say something and I'm not going to be able to be civil." I've seen this guy's picture on a FB group page for my high school, and I admit I looked him up.  He's gained a lot more weight than I have, but some of mine is muscle.  I think I could take him now, if it came to that.   I have to admit, I think part of me even hoped he would be there, because I was going to really make him feel like shit about how he acted back then. Back in high school, I wanted nothing more than revenge, and 19 years later, that still sounded great.

Of course, he wasn't there, and my friend and I had a perfectly pleasant and uneventful breakfast at a table by ourselves in the school gym.

But I've thought about my less happy school days over the past few months as I've been planning the reunion, and I really can't think of why those days haunt me so.

A few nights ago, during a bout with insomnia, I realized that while I have DESPISED these guys for over 20 years, they wouldn't even remember me -- not a chance -- and that every time I thought of one of them, I was still giving them power over me.  That went for the guys who picked on me every day in high school, the person I mentioned above in elementary school and later church youth group, the boss from my first job right out of college who set my career back with an undeservedly negative review (I know that this sounds like sour grapes.  I assure you that it is not, but this post is already too long for that story.) and a list of others too numerous to describe.

It also became apparent that there's just no reason for these grudges, anymore.  Life is good.  I have a wonderful wife.  I have a great job, or at least a job that I'm great at.  My family and friends love me. Cats are drawn to me for some reason.  I'm not the same person I was back then, and maybe my tormentors are not, either.

I decided, finally, after 20+ years in some of these cases, to forgive, and to let go of all my old anger.  And I felt ten pounds lighter the next morning.
Posted by Brian at 12:29 PM

Email ThisBlogThis!Share to TwitterShare to FacebookShare to Pinterest
Labels: baggage, bullies, high school, off topic, stupid stories from my youth