The Comeback is Real 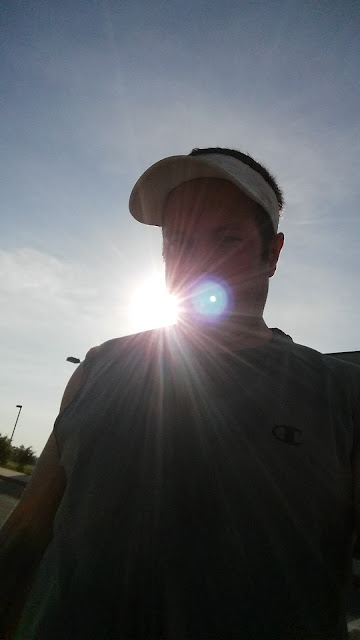 And they have been good months: 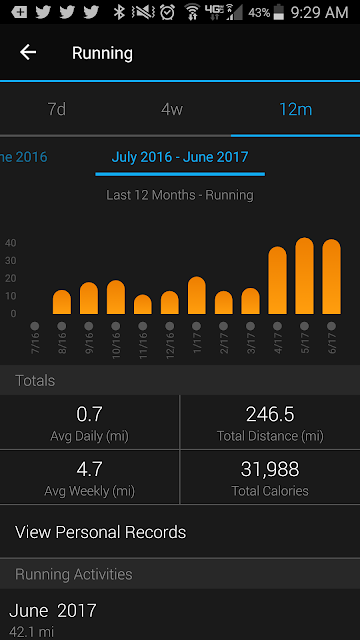 I was a little bit faster in January in February, but far less consistent in getting out there.  Since August, when I got the Garmin Vivoactive, which made tracking all this stuff automatic and totally Brian-proof, my previous highest monthly mileage was 21 miles in January, followed a 13-mile February and a 14.7-mile March.   In April, I ran 38 miles.  May was 43.2, and June, unless I run tomorrow instead of Saturday, will wind up at 42.1 miles.

I used to run 30+ miles every week, and sometimes I can't help but remember that and be frustrated, but the picture above tells the story of the longest stretch of consistent running since January, February, and March of 2016, and I'm sticking with it even as the weather warms up.  This is huge for me.  If I can keep this up during the dog days of July and August, it will be the first consistent summer of running that I've had since 2011.

That plateau that you see above, that's not going to get much higher over the summer.  I'm ok with that.  The mileage I'm running now compares to what I was doing in summer of 2008, when I was reliably running 2.8 miles (2 laps) 3-4x/week at Cousler Park. I ran for almost two years before I attempted a distance over 3.1 miles, but building that base helped me when I did move up to the 10K and half marathon, and it'll help me again now.  If I can grind through the summer, I'll be ready when fall and winter come. 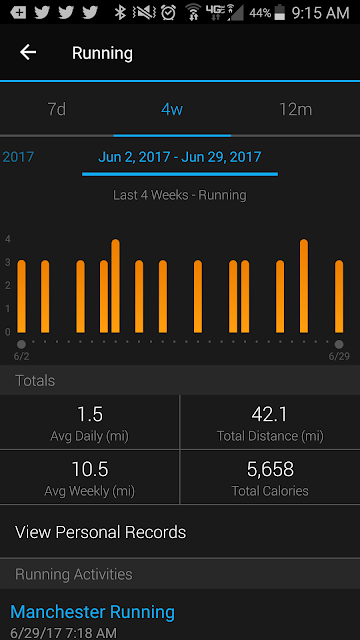