This has been a tough week of running. I skipped my long run on Saturday due to weather and feeling sort of, well, under the weather; I skipped my track workout on Tuesday due to weather; and I skipped base miles on Wednesday due to not having time to get out until the evening, when I just felt like it would be dangerously icy and cold even beyond what I'm willing to put up with. I did run a great, fast 10 miles on Monday and a decent 8.5 miles on Thursday, but I just wasn't as consistent this week as I need to be if this marathon thing's going to happen.

So when I set out for Baltimore's Loch Raven Reservoir for a 16-mile run with my marathon training group, my expectations were not super high. I surprised to find that I felt great this morning, and on a flat course I think I could have gone 19 or 20 miles today (thought that probably would have been a bad idea, since I haven't run farther than 13 since December). I ran at least 16, and probably about 16.5, but there were a few places were I stopped to take pictures and forgot to re-start the timer on my Garmin.

Loch Raven is a beautiful place, and since the main road around the reservoir is closed to traffic on Saturday mornings, it was a popular destination for runners, walkers, and bikers. The location's very noticeable downside is that it's very, very hilly. I ran two "laps" on a down-and-back course that was a little over 8 miles, and I had to go up the biggest hill on the course for miles 13-14. It was definitely challenging, but I'm hoping that if I push myself for longer distances at hilly sites like Loch Raven and my York Haven route during training, that the Shamrock Marathon, which I've been told is relatively flat (it's at the beach, after all) will seem easier in comparison. Overall, I was very happy with my run today and at the end I felt like I'd earned my donut.

Some scenes from Loch Raven: 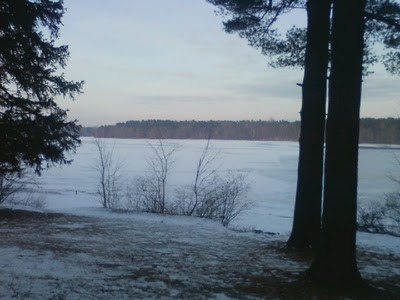 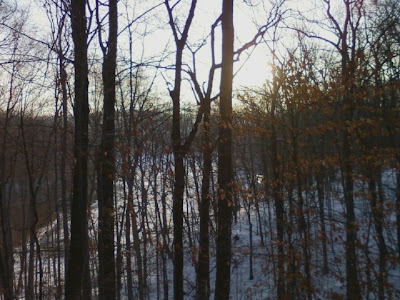 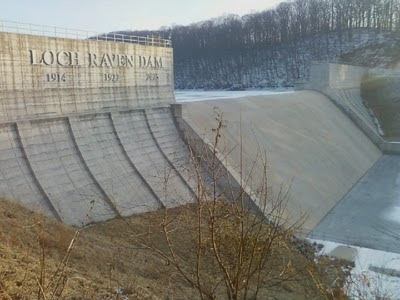 (Dam it! Unfortunately I had to run up a big hill right next to the dam.) 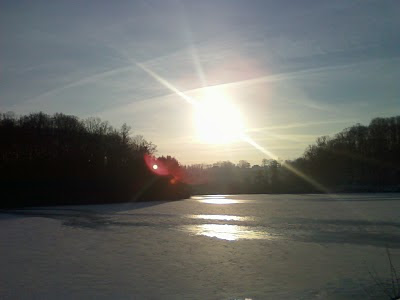 (This is my favorite picture from the morning.) 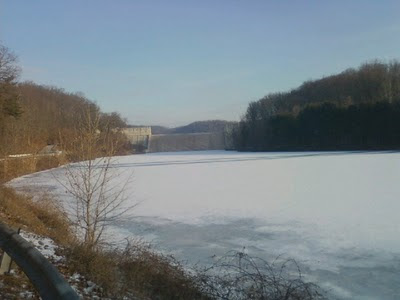 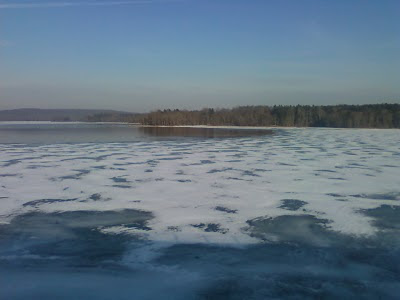 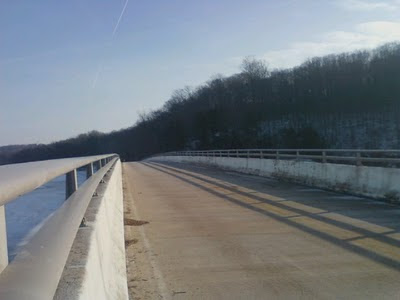 (This bridge, at about mile 15, was a welcome sight. From here, it was just a little over a mile of flat road back to the car.) 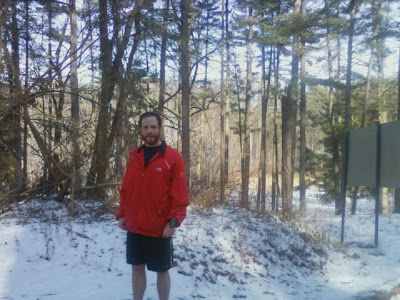 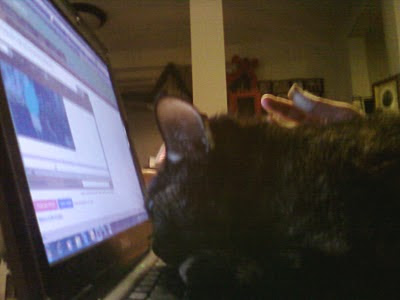 Thanks, Elizabeth. Very poignant.
Posted by Brian at 9:37 PM