Chris at "Never Trade..." (who I'm married to!) and Heather at "Will Run for Coffee" (who I'm not!) tagged me (and lots of other people) in an "11 random things" post. I'm not the best at participating in stuff like this, but since I'm not quite ready to launch the big secret EYD giveaway, I thought it would be fun and I'm extremely thankful to Heather and Chris for giving me the makings of a blog post during a time when I'm even more out-of-ideas than usual.
Rules

3. Answer the questions set for you in their post (I answered both of theirs)

4. Create 11 new questions for the people you tag to answer

5. Go to their blog and tell them you’ve tagged them

6. No stuff in the tagging section about you are tagged if you are reading this. You legitimately have to tag 11 people! (Rules are meant to be broken.)

1. I hate snakes. In addition to having been bitten by a poisonous snake, I've had non-poisonous ones get inside our hose and scare the bejesus out of me.2. I was briefly popular in high school when I had the lead in our Senior class play. Afterward, I faded back into obscurity.3. Chris and I recently celebrated our ten-year anniversary. Woohoo!4. I love soft, furry kitties. Except when they take over my office chair but don't do any of my work.5. I drive a Dodge Neon. I'm on my third one. It sucks that they don't make Neons anymore.6. I was a Psychology major in college. Though all I've never had a job in which I've really used the subject matter of psychology, I do think the amount of study and writing I had to do in the major was good preparation for my career, and I got my first job (which led to the job I have today) through one of my professors. So, I can't say that my major didn't help me. And, it helped me cross rats off the list of animals that I haven't been bitten by.7. I like to travel. We've been fortunate enough to do a whirlwind tour-type trip in Italy, Paris, and London and have gotten to go to Jamaica more recently. However, I don't have to go far to have fun. We've also had a good time in Natural Bridge, VA, and Atlantic City, NJ.8. I love sports, but I am terrible at almost every single one that I've played. Baseball/softball is my worst. I was never able to catch even the most routine of fly balls. I did the best at basketball, having played on the school teams in 5, 6, 7, and 10th grades. I scored a total of 21 points in my career. 9. I'm still pretty mad about the ending of LOST.10. My all-time favorite band is Van Halen. I have a joke that I'd make here, but I think I'll save it for a Van Halen post after I've listened to their new album next week.11. One of my ancestors was killed by land pirates in the early 1800s. When I hear "land pirates", I can't help but picture a bunch of dudes walking around in pirate garb insisting that they are, in fact, on the high seas. I'm picturing something like this:Land Pirate: "Argh, walk the plank ye scurvy dog."Brian's Ancestor: "But...there's no plank to walk. We're miles from the ocean. You just have a donkey cart with my stolen goods on it that you happen to have a pirate flag hanging on."Land Pirate: "Well, ye best be walking off of it before I run you through, landlubber."Brian's Ancestor: "That's not even a sword you're holding, sir. May have my I things back?"I'm going to pretend that he eventually walked off the cart and broke his neck in the fall, but I'm sure it was really just a traditional, boring highway robbery.

My Answers to Heather's Questions

I'm not sure I have a "power song", but I'll say "Something to Believe In" by the Offspring and "Move Along" (which always seems appropriate) by the All-American Rejects.

2. Which race has been your favorite so far?

That's a tough one. I'm going to cheat a bit and say my first time finishing a 5K (2007 Once and Done Turpike Run), 10K (MCVET 10K), Half (2009 Philly), and full (Shamrock). There have been more fun races and none of these are what I'd call my "best" races, but it's been a neat feeling of accomplishment every time I've finished a new distance.

I've done such a crappy job in following them that I shouldn't answer this.

Donuts. (Not after every run, but I usually get a breakfast sandwich and a donut once a week after every long run.)

5. Do you reward yourself after a big event?

Yes. What else is the point?

6. If yes to #5, what do you do to reward yourself?
Out for a favorite dinner and a couple beers.

7. Have you motivated others to run?

I try to encourage people..."motivate"? Probably not.

8. Who motivated YOU to run?

Chris is always very encouraging, positive, and patient -- and the whole running thing was her idea! Kim, one of our friends who I met through Chris, given me lots of advice and encouragement as I tried different distances, ran an awesome amount of marathons, and has fought through more injuries than I could endure. I like running...she loves it more than anyone I know.

9. Is running part of a bigger journey for you, or is it just something you do?

It started as "I'm going to get myself in better shape." Then it became a nice way to turn my brain off, listen to cheesy punk music, and think about nothing but one foot in front of the other. Now, it's something that's very important to my self-image, something I can be proud of myself of and challenge myself with that isn't tied to my job.

10. What's your favorite time of year to run?

November-March. I love running in cool and cold weather, and I'm bummed that my injury setback happened during my favorite time of year to run.

11. Is running a solitary event for you, or do you share it with others?

I run mostly by myself, but Chris and I run the same races and so do some of our friends, so there's a social aspect of it, too.

My Answers to Chris' Questions

1. If you're a runner, what was your first ever race?
The 2007 Once & Done Turnpike Run 5K. It was a neat race, over and back across a just-completed but (obviously) not-yet-open-to-traffic bridge on the PA Turnpike. 26:29


2. If you could have one super power, what would it be?

Super speed! London Olympics, here I come! I mean, come on. I've been bitten by so many animals how was one of them not radioactive?! It would be super speed at everything, too. I'd power through a long work-day in 30 minutes, and then spend the rest of the day doing fun stuff very quickly.

3. What's your favorite sport to watch?
Football and baseball. But I also love the 76ers.

Baseball, soccer, basketball. Basketball, as mentioned above, was the only one in which I had the slightest modicum of success.

5. With the Olympics coming up this summer, do you prefer the winter or summer games?

I think I like watching the Winter Games a bit more overall, just because they're more unique. I really enjoy the Summer Games, too. Looking forward to watching (highlights of) the marathon, and seeing Usain Bolt use his superpower again.

6. With that being said, what is/are your favorite sports in the games you chose?
Hockey, Speed Skating, and Downhill Skiing

7. What food do you wish had no calories? Or drink?

8. Show some blog-love, what blog do you love to read?

In addition to "Never Trade..." and "Will Run for Coffee" of course: (links to all of them are over on the left)

For Love of the Run

The Adventures of Daddy Runs A Lot

9. What's you're favorite vacation spot? Why is it your favorite? 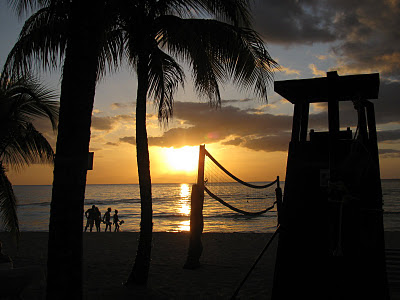 10. If you could have any job in the world, what would it be?
Astronaut or Pro Athlete. In a somewhat (but I guess not much) more realistic realm, I'd be independently wealthy and volunteer in the cat adoption room instead of working. In an even more realistic world, a writer...just a different kind of writer than I am now. (My problem: multiply the amount of writer's block I have w/this blog by a thousand...)

11. Do you have a saying you live by or just a favorite quote?
It's cheesy, but one year the Eagles' playoff slogan was "Own the Moment". They totally didn't own the moment and got stomped, but I tell myself to "own the moment" all the time, while racing, while working, right at about that time where I feel like the *&^s about to go down.

I'm not actually going to tag anyone because I'm that non-confrontational . If you're reading this and want a free idea for a blog post, consider yourself tagged!

My 11 questions for anyone who wants them:

1. What's your favorite race distance and why?

2. What race do you consider your best and why?

7. What's the most interesting animal you've been attacked by?

8. What's your favorite sport to play, other than running?

9. If you follow running as a spectator sport, who is your favorite runner to root for?

10. Of all the places you've run, whether it was a race or just a training run, where is your favorite?