Since the end of 2011, I've been struggling off and on -- more on -- with seems to be exertional compartment syndrome.  I was diagnosed with shinsplints in January, came back after a month rest, faster than ever, and then symptoms -- pain in the ankle and shin, loss of range of motion in the left foot -- became persistent again in the fall.  I rested again, started running again in early 2013, but was seldom pain-free, and the the rather-intrusive compartment pressure test showed that I did indeed have compartment syndrome in both legs.

I really didn't want to have surgery, even though my orthopedist said that it was the most reliable cure for compartment syndrome, so I tried physical therapy. His opinion was that it was worth trying, but he was pessimistic that it would work. It seemed like it worked when I got serious about running again in January...until it didn't, and symptoms returned.  I made the decision to have the surgery.  I met one more time with my orthopedist, who agreed, naturally, that if I wanted to train for longer races again, that surgery was the best course of action for me.

I met with the surgeon in early April, and he explained that the procedure involves making incisions in the layer of fascia around the muscles in my lower leg compartments, which releases the pressure and should relieve symptoms.  He said that was a relatively simple procedure, and that I could have both legs operated on at the same time, which would make my recovery harder, or I could do one after the other, which would make recovery easier because I would have one "good" leg, but would take twice as long to get both legs "fixed".  I opted to have compartment release surgery on both legs, and I was scheduled to arrive at Wellspan Surgery & Rehabilitation Hospital on Thursday at 7:30am for the outpatient procedure.

I arrived, checked in, and was quickly taken back to remove my clothes (even my underpants) and change into a stylish surgical gown, and then put into a bed in a pre-op room to get ready.

As it turned out, my surgery almost didn't happen, because of this little guy: 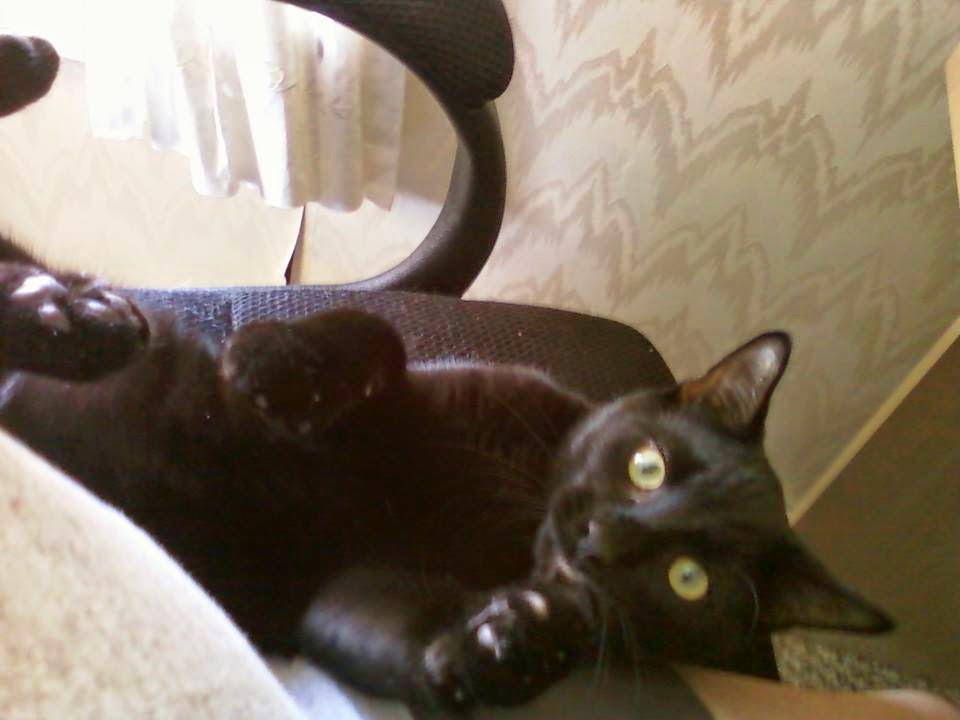 This is Domo, aka, "The Fun Panther", our crazy little friend, who left an approximately one-inch long scratch ankle-level on my right shin when he jumped over my lap (I had my right leg crossed over the other).  When I was taken back for pre-op, the nurses quickly said that this little cut might cause my surgery to be delayed.  Cats have a lot of bacteria on their claws, and so they are extra careful with cat scratches because of the risk of infection.  After my surgeon looked at it, and said that it was ok to proceed because it was not near enough any of the incision areas, they shaved my legs and gave me an intraveneous anti-biotic and painkiller.  The anesthesiologist briefly visited and explained his role in the procedure, and then it was go time.

...and the next thing I recall, I was in my bed with some nurses around me, my legs bandaged and painful, and my head feeling very groggy.  The nurses told me that I told the nurses I was going to make out with my wife and I asked them to bring me my kitty, neither of which happened, of course.

Apparently I made more incoherent conversation with the nurses and then Chris, who had talked with my surgeon while I was still asleep, was brought back so I could talk nonsense with her, too.   I don't really remember much of the conversation, but at some point I was moved from my bed into a recliner, and given my crutches for a brief practice with them, before being wheeled out of the hospital to Chris' car.  When we got home, I groggily made it up the stairs and plopped myself on the couch, where I've spent most of the past three days. 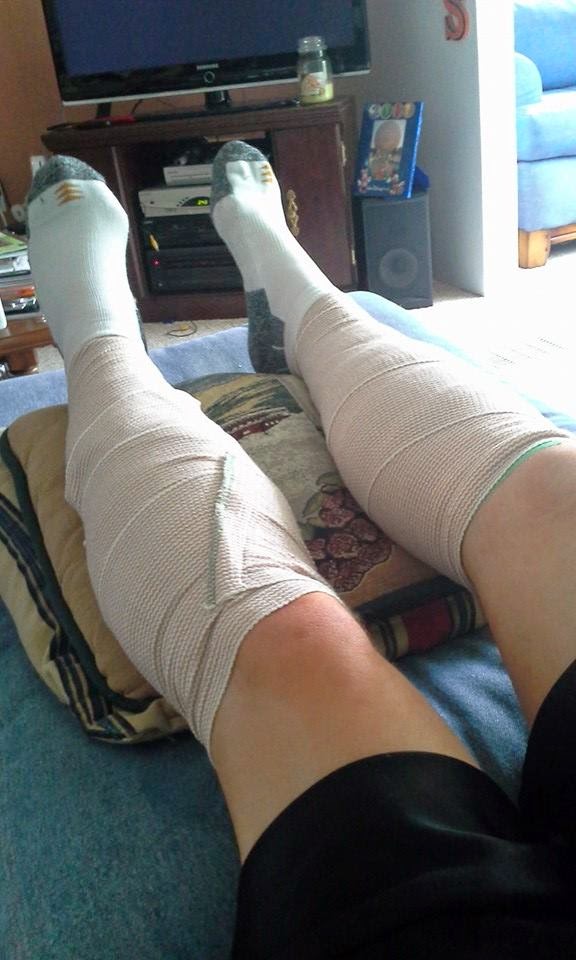 (My legs right after getting home.)

I was definitely in pain, intense at times, but I wouldn't call it excruciating.  I've got a prescription for vicodin, which makes my legs feel better but has made me nauseous at times.  Each of my three days since surgery I've less sharp pains in my legs but more muscle aches and pains.  I didn't sleep much at all on Thursday night, but slept very well last night, and somewhat successfully made my first post-surgery visit outside the house, when Chris took me to Dunkin' Donuts this morning.

I'll learn more about my rehabilitation next Friday, when I go for my post-op visit with my surgeon, and until then at least I'll be on crutches and quite useless.  I was told not to count on driving for four weeks, but that most people are back driving and feeling pretty well in 10 days to two weeks.

And my friend, Domo, who almost prevented my surgery? 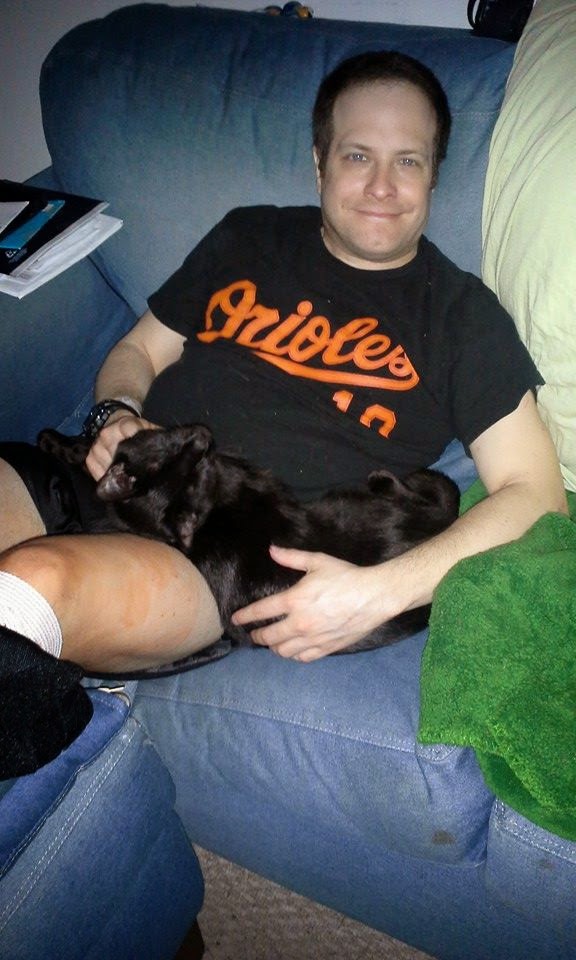 For further reading about exertional compartment syndrome, here are two other patients' blogs that I've found to be very helpful:

Legs on Fire:  My Experience with Compartment Syndrome
http://legsonfire.wordpress.com/