I was feeling very pessimistic about the Celtic Solstice 5-Miler.  I'd had a run on the previous Monday where my old compartment syndrome symptoms were back and I'd cut an attempt at five miles down to a little over three.  It wasn't terrible, but my calves were very crampy (is that even a word?) and my ankles and seemed swollen, and when I turned around back to my car, I sat down on the curb, just to check, and sure enough, I didn't have the full range of motion in my left foot.

Just as running had started to be something I enjoyed again, it was back to this bullshit.

I rested, doing lots of stretching the rest of the week, and the race actually went ok.  I ran four miles of the five-mile race and didn't have any compartment syndrome symptoms during the race, despite my shins still being pretty achy that morning during the long walks back and forth from the car to the packet pickup area.  (These races at Druid Hill Park are fun, but the parking and traffic situation is a little bit of a mess.)

The race is hilly, with a steep, tough incline at the start, and then more moderate hills after that.  It's not as hilly as Dreaded Druid Hills 10K or, I'm told, the Zoo Zoom 8K, which I believe uses some of the same access roads as the DDH.  I enjoy how the course makes tight loops around the park; normally that would annoy me, but it was nice to be able to watch for Chris as I made the zig-zags around the park.   A significant part of the last 2 miles is around Druid Lake.  It's flat but also boring, and my progress seemed very slow at this point.  I took a one-minuteish walk break at four miles as I was heading around the south side of the lake toward the Moorish Tower, and as I passed the tower with a little over a half-mile (I think) to go, I knew it was literally all downhill from there; the slight incline around the rest of the lake and then down the steep hill we started up.

I finished in 56:33, a far cry from my 42:44 at this race in 2011, one of my best-ever finishes and not-coincidentally my last pre-compartment syndrome race, but a perfectly cromulent finish given my current conditioning and circumstances both within and outside of my control.  It's hard not to be disappointed when I see comparisons like that, but it's important for me to keep reminding myself that during the summer of 2011, I was dropping double-digit mileages several times a week and that I had been in what passes for marathon shape around here, and this summer I had six new surgical scars on my leg and didn't even start running again until mid July.  That simplified explanation ignores that 2012 and 2013 were plagued by injury, but also that there was a lot more I should have been doing to keep myself in shape even when running wasn't going well.


So, in conclusion, I either should or shouldn't beat myself up too badly over this finish. 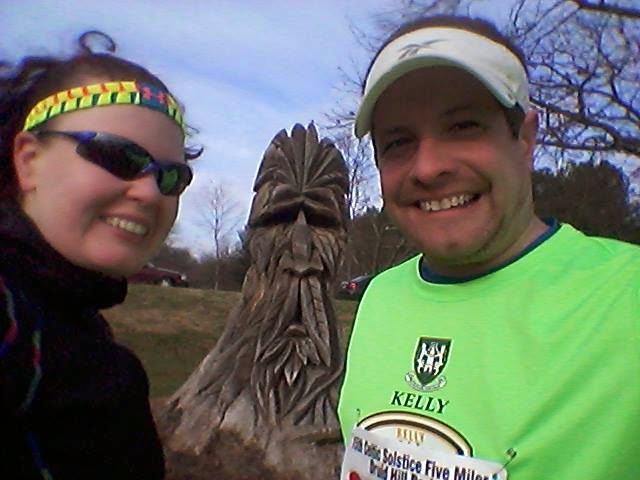 Race Review
Falls Road Running puts on a good race, and all their events are both fun and challenging (they have race team that's very competitive, but this race gets participants of all levels), but there's a few small ways that I think this race could be improved.   The start was very chaotic and crowded, so I think some more room in the starting area would help, and also pace signs.  I probably would have ignored them this year, anyway, but I think it would be helpful to at least get the idea in peoples' heads.

There is a good post-race party with hot wine from Boordy Vineyards, fruit, and cookies.  All the cookies were gone by the time we got there, which I thought was definitely not cool, but there were bagpipers at the start, food and beverages (beer was available for purchase) and a Celtic band playing Christmas tunes at the post race party, and a fun, fairly scenic course.  It's a race that I would definitely run again, and probably will.

Another high point is the swag:  a custom Brooks running jacket that makes the $80 registration fee not seem so high.  You can also do $40 with no premium, but I really like this one: 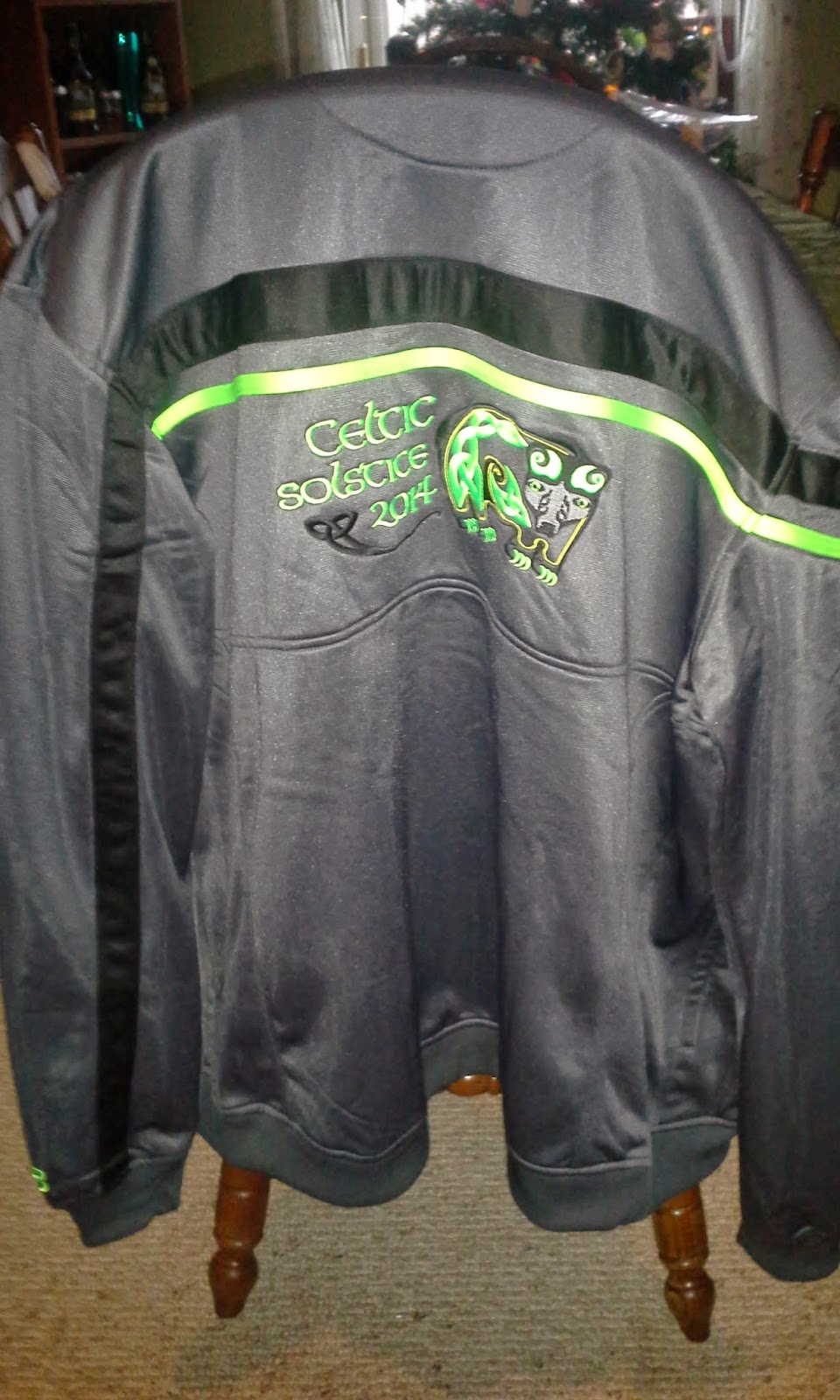