In one of my recent posts, I questioned whether I really enjoy running or not. I'm still not sure I can conclusively answer that. Races are fun, to varying extents, but I'm not so sure about my "regular" runs. I'll admit that sometimes it's a nice chance to sort of turn my brain off and think of nothing other than "left foot-right foot-left foot-right foot" or "ouch, this is a stupid hobby", but more and more often the things into my head during a run are implementation plans and conference call agendas and bills. Basically, the exact stuff I'd prefer not to think about while I run. Maybe I can solve that by going back to a location where I don't feel unsafe running with my trusty Shuffle, or maybe not.

I am sure that I like being a runner. I like that I (feel like I) can justify some extra snacking because "hey, I ran 10 miles this morning" and I like that I can tell people that I'm a runner. And I guess I'm healthier now? (My lungs say yes, my legs would probably say no.) I like that, too.

But I'm not sure that overall I would say that I generally actually enjoy the act of running. When I took a scenic run around downtown Minneapolis in March while on a business trip, that was fun. When I ran around Hobart, Indiana, the ancestral home of one side of my family and the location of so many great memories, that was fun. Running in Florence, Paris, and London? Amazing. My regular route from York Haven to Goldsboro and back that I've ran 100 times? Not so fun, although it's definitely more enjoyable on a cool, or even cold, day than a hot, humid one.

My wife and I have a friend who is much more accomplished than either of us as a runner. She's finished multiple marathons. Name a distance, and she's been there, done that -- and quickly, too. She truly loves running; I don't think I'm there, and I'm not sure I'll ever get there.

Me? I'm just in it for the hardware. 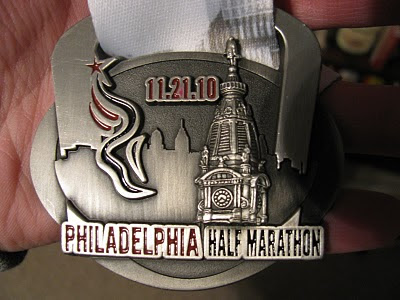 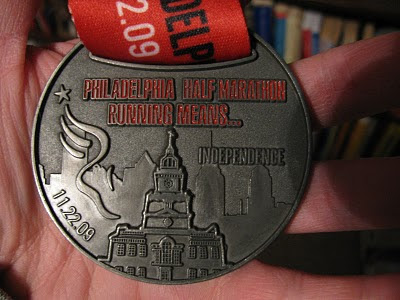 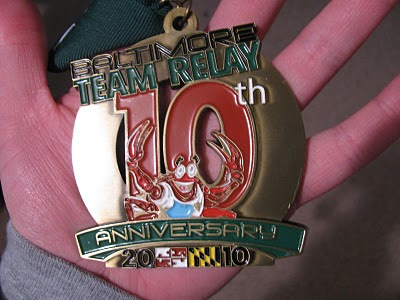 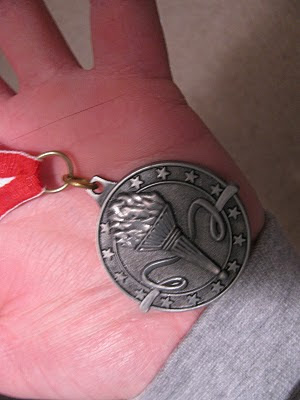 (I won this silver-colored medal for coming in 2nd in my age group at the 2008 Newberry Township D.A.R.E. to Care 5K. Of course, there were only two participants in my age group.)
Yes, of course I realize these are basically the equivalent of "Participant" ribbons from elementary school Track & Field Day (and believe me, I had plenty of those!). Don't judge me!

Oh yeah, I almost forgot that I did go for a run this morning. It was very cold, but not as windy as Tuesday and I had a much better run this time around:

Location: York Haven to Goldsboro and back

Dogs chased by: None. Too cold.

Song stuck in my head: "Love Walks In" by Van Halen. Awesome.