This morning, I headed for the hills. Not to escape the long arm of the law, or anything like that, but to try my hand (er...feet) at the hills between Manchester and Mt. Wolf again, in an attempt to get a better idea of how much of my strength is back. Last Friday's run was very good, and I had a 9:03 pace at 10K distance on Monday night. I'm starting to feel fast again, and I wanted to test myself on the hills.

I ran a 3.8 mile course that started in an unfinished development in Manchester, ran past the middle school, and down Chestnut Street toward Mt Wolf. The climb into Mt. Wolf never seemed that bad to me, but I definitely noticed it more than I remembered. As I started back toward Manchester I was dreading the longer, steeper ascent going in that direction, but that climb actually didn't go as badly as I thought.

(The elevation chart doesn't do it justice. It's not Mt. Washington or anything, but the hill going up into Manchester is really steep!)
I don't think I could run the Dreaded Druid Hills 10K right now, or do the 2 or 3 out and back loops over this hilly section of Chestnut Street that I was running in preparation for the Dreaded Druid Hills. I'm still a long way from where I was during the summer when this hilly section was the last two miles of my normal 10 mile route, but I thought it was a promising (uphill) step in the right direction.

In fact, the worst part of my run wasn't the hills at all, it was that I had forgotten the iPod and had "Redneck Yacht Club" stuck in my head almost the entire time. 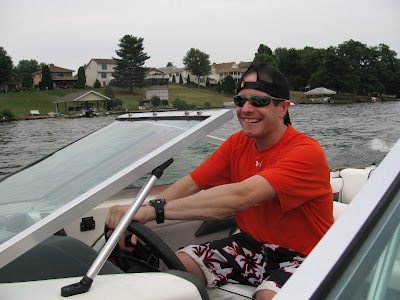 Email ThisBlogThis!Share to TwitterShare to FacebookShare to Pinterest
Labels: hills