One of my favorite runs is the vacation run.  I enjoy trying to squeeze a run or two in when we're in vacation.  It's a great chance to break up the monotony of running in Central PA, burn a few of the undoubtedly huge amount of calories I've eaten or drank, and in some cases scout out our location.

This time, we were away for a few days (with help from very good Livingsocial deal) at a place we know pretty well, but in which we had never gone running -- Atlantic City, NJ.  Since we're considering the Atlantic City Half Marathon in October (I originally thought I might try to make my comeback a few months early and run the Marathon, but I think it's safe to say that ain't happening), I wanted to get some miles in.

Highs were in the mid-60s on Sunday, Monday, and today, so I was also hoping to enjoy some cooler running weather than we'd gotten here in York, where summer temperatures and humidity were in full swing last week.

I'd had vague plans of running both Monday morning and this morning (Tuesday), but having hung out "A Dam Good Sports Bar" for several hours where we celebrated the Orioles' 17-inning win over the hated Red Sox (in which their DH pitched two scoreless innings to close out the game), drowned Flyers-related sorrow, and watched the Phillies embarrass the Nationals, I found that sleeping in on Monday morning was very welcome. 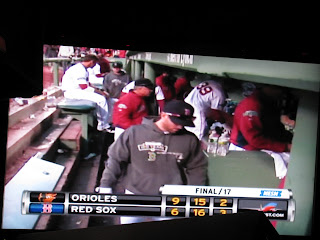 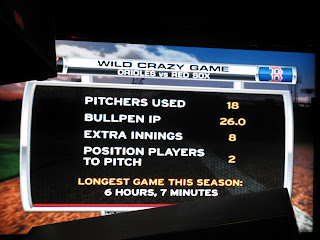 (Unfortunately after this completely epic win and winning 5 of 6 against the YankSox, the O's seem to have reverted to their 1998-2011 selves as they take on the Rangers.)


We had a fun day on Monday exploring the very cool new Revel casino, shopping in the AC Outlets, sampling the wares of the Tun Tavern Brewery, winning some money on penny slots, and eating dinner at a 75-year-old Irish pub (creatively named "The Irish Pub").  But my resolve was strengthened to pound the pavement -- mean Boardwalk --  this morning. 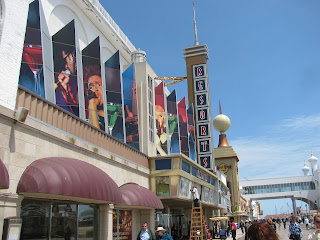 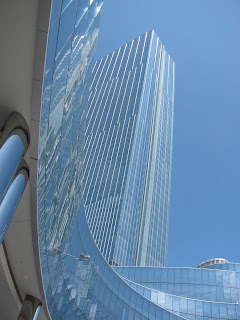 I'd love to say I went out there and felt great, but I'd be lying. Two days of beer and bar food does not make for an excellent run, but still, I went 6.4 miles (splitting the difference between Garmin and dailymile maps) in 59:15, which I think is my second-longest run of the comeback. I started at our hotel, Resorts Hotel & Casino, and ran north just past Revel, which is the northernmost of the Boardwalk hotels, and then turned south and ran southbound to the Atlantic City-Ventnor border.  I felt not so good at for the first three but then headed south, but felt pretty good for the second half. 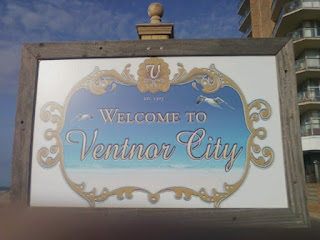 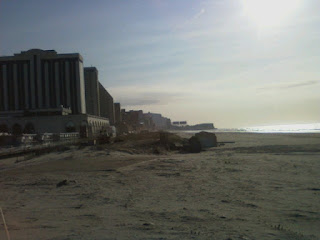 (Resorts seemed soooo far away, but it was really only about 2.5 miles north of here.)


I think I prefer a road or sidewalk to running on boardwalk, but it was nice to run somewhere different with interesting scenery.  It was another cool, windy morning but the sun was strong even at 7:00am, and I was very quickly sweating profusely.  It wouldn't surprise me to have similar weather on half-marathon day, but I think eating and hydrating much more smartly the day before will have a profound effect.


Now I need to focus on getting in good runs the rest of the week so that I feel fast and confident for HACC Dash on Sunday. I'm not in as good a shape as I was for it last year, but if we get a nice cool day I've shown that I'm capable of occasional bursts of speed so a PR might be in reach.  Supposedly there's twice as many entrants this year, so another age group medal is probably not in the cards.
Posted by Brian at 8:50 PM