So, Where Do I Go From Here?

This is has been an interesting running year, to say the least.  I've hit rock bottom, deferring from what was going to be my third marathon, but I've also salvaged the year thus far with some success at the shorter distances, including new PRs in the 5K, 8K, and a 10K that is such a ridiculous outlier from any other 6 miles I've ever run that I question the accuracy of the course measurement. I've had some other good, fun races too, at the Sole of the City 10K and the YMCA Armed Forces Day 10, and even my return race at the St. Patrick's Day Parade 5K was a good effort.

I'm in another slump, of late.  I try to keep this blog mostly focused on its core subject matter -- running and pictures of cats -- but basically in the first six months of the year, I've done approximately a whole year's worth of work.  Great for my company's bottom line, I hope, but the late nights have not made for many good morning runs, or any morning runs, period.

I got the first half of my comeuppance at the Druid Hills 10K on Saturday, and I'll get the second half at the Spartan Race on July 14.  It's ok, it really is.  I know I'm not ready and I accept that whatever humiliation I suffer is no one's fault but mine.  In one sense, I'm ok with that.  I think of myself as a runner, not any sort of extreme multi-sport athlete or any kind of tough guy at all.  So yeah, I haven't really gone out of my train for it, either. (Sorry, Tina!)  Like I said, it's been tough enough for me to hang in there just as a runner, lately.  But on the other hand, I'm going to be lifting as much as possible (yeah, I've kind of failed at this through May and June, too) and swinging on the monkey bars and climbing the little fake rock wall over at the playground (hopefully while there is no one else around to watch.) Perhaps it's not too late to avoid complete disaster.

I think I am, however, headed for disaster on one of my main running goals for 2012:  the elusive (for me) sub-6:00 mile.  Needless to say, with my training spotty at best over the past several weeks, I haven't mixed any speedwork in there.  It's not too late to get a few speed workouts in, though, and while my maximum distance is probably seven, maybe eight miles if the weather is cool and the terrain flat, I seem to be a little faster than I was last year.  So, I have a shot.  Where the disaster comes is that the Harrisburg Mile is four days after Spartan Race, so any kinds of weird soreness or injury (or death!) would probably slow my mile pace down.


So, I'm debating bagging my mile PR goal.  I can register for it day-of so I'm not wasting money if in bad shape from the Spartan Race, but we'll see how much running I can get in.  If I run it, I'm going to do my best, but this might not be the year for 5:59, after all.


That would be disappointing, but overall, I think that for the second half of Summer and into the fall, I really need to focus on pacing more than speed.  It's become apparent to me that I have lost all sense of how fast I'm going.  I start every run, especially races, too fast, and I've got little left for the finish.  In the half and full marathons that I plan to run in the fall and spring, respectively, I'm going to need to keep my pace more consistent than I have been. 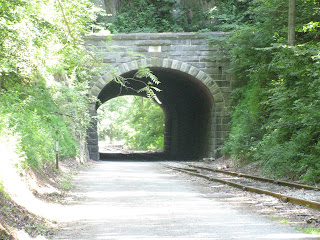 
The first step, though, is getting myself more consistently back on the roads, and that starts tomorrow.  Weather.com says it's going to be in the 50s tomorrow morning, and I'm not going to miss it. 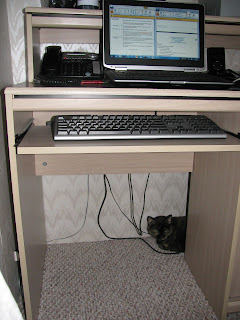 
Sorry for the boring post.  I cracked a lot of jokes in my Dreaded Druid Hills review, though.  I was overdue for a boring, running and complaining about stuff type post.
Posted by Brian at 7:47 PM