Happy New Year from me and the rest of the EYD team.  2015 was a year with some good running accomplishments (The Wild Half) and also a lot of months during which I didn't get off my ass. (August, September, October, November, December)

I'm starting the 2016 off right, dusting off the weight bench (I lifted, too, after I dusted it off.) for the first time in longer than I can remember, and running 5 hilly miles with Chris through Mt. Wolf.

I have to get the miles in -- I'm signed up for a half marathon in March!  I would also like to do a fall marathon (which would probably be the NCR Trail Marathon) this year.  I've put off revenge far enough.  It's  time to come all the way back.

2015 was a great year with family and friends.  I got out of my comfort zone at work and I like my job and my company more than ever before.  There were many years where running gave me confidence to face the toughest client or the impossible deadline.  Now it's  time to take the momentum from the rest of life and channel that back to getting out on the roads.

It's a new year. Let's kick some ass. 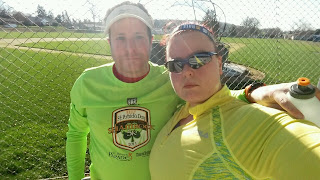 Email ThisBlogThis!Share to TwitterShare to FacebookShare to Pinterest
Labels: i suck as a runner, kicking ass, running