This post has little direct connection whatsoever to the normal subject matter of this blog. I visited my alma mater, Elizabethtown College, on Saturday for its homecoming. Elizabethtown (Etown) has a timeless quality to it -- no matter how many new buildings the college puts up, there's an essential "Etowness" that never changes. Being back at Etown always makes me think how my life changed during the four mostly great years that I spent there, but those changes were really set in motion well before I moved into my dorm room on Founders B2.

When I think back on all the decisions I've made in my life, there's one in particular that I think set the stage for my life as I now know it. I chose where to go to college, and of course that was a necessary condition for everything that came after, but it was a subsequent choice -- and luck or the whim of a college administrator -- that cast me in my current role. I made that second choice with little more thought than I would consider the toss of a coin. Really, I chose to make no choice at all.
I picked a college with no idea of which major I would ultimately choose or any real vision for what I wanted to do with the rest of my life. I chose Etown over two other colleges that were offering similar scholarship packages primarily because I liked Etown's campus the most. Great reason. My best friend chose one of the other two, and I think if he'd picked before me that I probably would have ended up there, too. 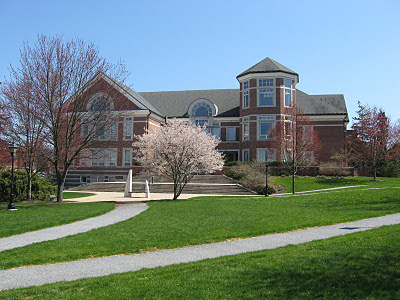 (The High Library. A beautiful place for research and napping.)


I wasn't looking forward to college much at all, since for the first time in years I wouldn't know anyone. Thus, I didn't have strong feelings when the Elizabethtown College Residence Life Office sent me a short questionnaire about room selection. Quiet study floor? Substance free? Male only? Co-ed? No preference?

Well, I didn't drink or use any illegal substances, and I was afraid of talking to girls, but I didn't really want to be on a quiet study floor, either, since I value stupid fun as much as anyone. My parents encouraged me to pick substance free, but I was afraid that might have too great an overlap with "quiet study". After seconds of consideration, I checked, "no preference" and sent the form back. I got placed in a non-substance free, non-quiet study, co-ed floor, the 2nd floor of B-Wing of Founders Hall, also known as Founders B2 or just "B2". 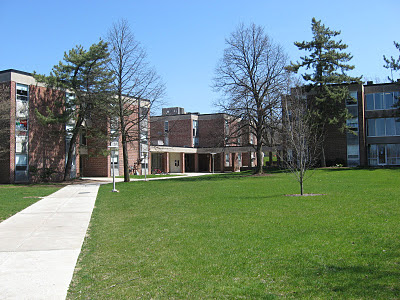 (Founders Hall. B-Wing is the farthest away, in the middle of the picture.)

I spent my first semester completely destroying my social life, and then spent the second semester repairing it, but that's a story for -- well, never. My point is that almost all of my current friends are college friends, and I met almost all of them during my three years on B2, or had them introduced to me by my B2 hallmates. One B2 friend introduced me to Chris, my future wife, and two others pressured me into asking her out when I was too cowardly or shy to take any initiative.

Maybe it was destiny or maybe it was just chance. That's way above my pay grade. Etown is not a big college, so there's a chance that I would have met those friends another way, but I suspect I would have gone through college with a mostly different set of friends and been none the wiser. Many of my B2 hallmates were communication majors, as Chris was. I was undeclared and then a psychology major, so with a different set of friends it's pretty likely that our paths would have never crossed.

If I hadn't been dating Chris, would I have taken my first job in Philadelphia, or would I have looked for a job closer to home? That first job, by the way, has directly led to the job I have today, 11 years later.

To a large degree, I am where I am today, and with who I am today in part because I checked "no preference." An insignificant-seeming choice that I made, combined with a room-assignment decision made by a college administrator, who had no real idea who I was nor who the freshmen being assigned to the hall were, impacted the rest of my life immeasurably. I think that's interesting, but I don't think this is unique. I'm sure anyone could point to to some simple, thoughtless decision they made or some random-seeming circumstance that went on to have a huge impact in their life, and I suspect most college grads could point to a very similar situation in their lives..

Nor do I mean to imply I didn't later have to (try to) make extremely well-thought-out decisions over the following years, since most of the time, of course, there is no "no preference" box, but that might be a blog post for another day.