Today's run was 10 miles (again) on my usual route (again) at about my usual pace (again). It was 75 degrees at 6:30am, a little warmer than usual, and very sunny, so I took it a bit easy on the pace but then tried speed up on the last two miles to keep myself under 1:40 (10minute/mile pace). I made it by 18 seconds. The thermometer at Northeastern High said it was 89F when I finished at about 8:10. It was hot out there, but even I don't believe that.

Since that took five lines and most of my running is exactly that boring, I've been trying to think of some other things I could write about here. A few weeks ago, I thought I'd put a top ten list of my favorite races, and use it as an excuse to tell some stories. My plan was to write a recap post for each one of them that I hadn't already written about here, but it seems pointless to write a bunch of race reviews for events that were in some cases years ago and in several cases not being run anymore. Then, I found I couldn't keep it to just 10. So, without further ado, here's my Top 15:

15-13. 2008 CSY 5K Series -- I ran these 3 races in June, July, and August of 2008. The first was amazingly foggy and oppressively hot, and the third at 24:43, was my PR at the time. The site of the races is what makes them meaningful to me, because I could barely manage the one mile runs we were occasionally put through in high school gym class.

The high school version of me could absolutely destroy the 2011 me at hoops, though. 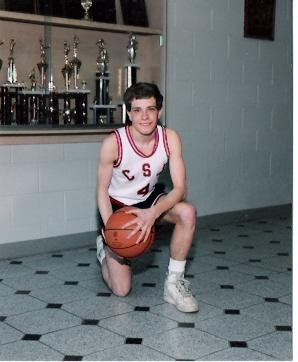 12. 2010 Harrisburg Jingle Bell 5K - This race is just two boring loops through a corporate park in Harrisburg, but I love it. Because it's in mid-December, I can count on the freezing temperatures that give me my best chance at fast times. I've PR'd twice here, including my current PR, 23:43, which is one of only 2 sub-24 minute 5Ks I've run. (Currently, my fastest and third-fastest 5Ks are at this race in 2010 and 2009.)

11. MCVET 10K -- This was my first 10K. I finished just under an hour, and this distance turned out to be the perfect level of challenge at the perfect time. It was also my gateway drug to longer distances. This was a really nice event for a good cause. The course was a typical Inner Harbor course, except that went all the way to Fort McHenry, rather than just turning around on Key Highway like almost every other Baltimore race I've run. 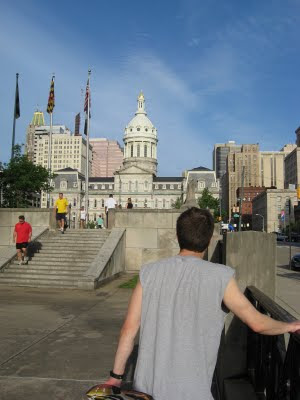 10. 2010 Harrisburg Mile -- This one-mile race along the Susquehanna always seems to be on the hottest and/or most humid night in July. It's the only one-mile race on my schedule, so it's a unique and interesting challenge, and free beer at the end of a race never hurts. This was my third running of the mile, and I ran a 6:44, smashing an 8-minute mile PR that had stood unchallenged since Presidential Physical Fitness award testing during my junior year of high school.

9. 2011 Dreaded Druid Hills 10K -- I didn't want to put all my recent races in this list, but I felt like this deserved a place here. I've become a little jaded. Gone are the days when I went into every race with doubts that I could finish. In my first summer of racing (2007), every 5K was terrifying. I was nervous about my first 10K, Half, and Marathon in their turns. I'll never again have the fear of going into a race that's farther than I've ever run before, but I was scared of this race, and that made it exciting. The hills didn't live up to their online reputation. I PR'd by two minutes due to my small sample size of 10Ks (only 2), but it was a challenging course in a beautiful setting and could be the summer race that I return to every year.

8. 2008 Orioles Advocates Home Run 5K -- Since I was five years old I have been a huge fan of the Baltimore Orioles. When I saw that the Orioles were hosting a 5K beginning and ending at Camden Yards -- in one week -- I signed up for it. It was my first race of the season, and I'd slacked off over the winter and not run more than 2 miles at a time in several months. On race day it was overcast and only about 50 degrees, which was much colder than I'd run outside in previously. (I laugh at this now.)

I was worried about the cold, and between my undertraining and weather, I took it easy to make sure I could finish the race. Not counting the Kelly Shamrock 5K this March, which was during my taper, the Orioles race still stands as my personal worst. Still, running onto the field at Camden Yards and crashing into the padded wall at the finish line was one of the most fun moments of my running "career" (am I allowed to call it that?).

I have had the opportunity to run on the Preakness track, a brand-new turnpike bridge, and one of Interstate 95's tunnels under the Inner Harbor, but this is still my favorite of all the "fun location" races I've been in. Sadly, this race hasn't been run since. It was canceled in 2009 and not scheduled in 2010 or 2011. Much like I root for the resurgence of the chronically inept Orioles, I would love to see this race resurrected. 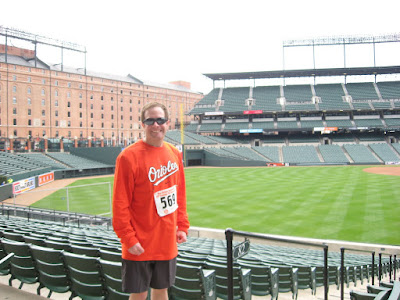 6. 2010 Baltimore Marathon Relay -- I didn't fell well during my 7-mile leg of the relay, but still had a great time with my teammates Chris, Ada, and Emily as "Earn Your Donuts" ran 26.2 in 4:58:12 (just a little bit better than my individual marathon!). It was also during this race, as I limped along among people who were finishing their marathons, that the idea of running a marathon really started to gain some traction for me. 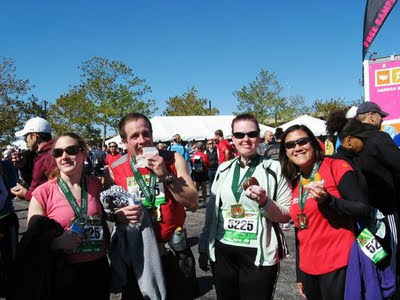 (The original "Earn Your Donuts.")
5. 2010 Philadelphia Half Marathon -- This was my second time running the Philly Half, and I had low expectations going into this race because I had not trained as consistently as I had the previous year. It didn't seem as exciting since I knew I could finish the distance, was anticipating a slower time, and was contemplating a full marathon at this point. It ended up (along with #4 on this list) being one of my best races in terms of effort and pacing. I finished strong and shaved over three minutes off my PR to come in under two hours.

4. 2009 Briggs & Al's 8K -- Chris and I this 8K in Milwaukee with two friends from Wisconsin. It was my perfect morning for racing with temps in the 30's. For hanging out at the post-race party, it was not so perfect. Not only was this race a unique way to see some of downtown and lakefront Milwaukee, it was one of my best races ever. I was well over 10 minutes at the first mile of crowded race, but recovered to finish in 42:42.

3. The 2009 Philadelphia Half Marathon -- I would be faster the next year, but finishing my first half marathon was one of the proudest moments of my life. I really enjoyed the race and came in faster than I expected with a 2:03. Along the way I got high fives from the mayor of Philadelphia, the GEICO Gecko, a guy dressed as Ben Franklin, and a giant cookie. 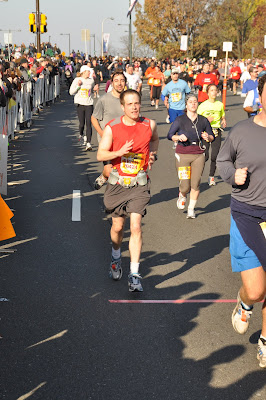 (And this was mile one. Just kidding -- I think.)
2. 2007 Once & Done Turnpike Run 5K -- This was my first-ever 5K. It took place on a gorgeous May morning on a newly-constructed, not-yet-open-to-traffic bridge over the Susquehanna River. I think this one does rate its own post at a future date.

1. 2011 Shamrock Marathon -- It had to be first on this list. It's my first and to date only marathon, already described on this blog in great detail. The race itself didn't go as well as I'd hoped, but I would say that I enjoyed the experience and learned some lessons for next time. Crossing the finish line was a moment that I count among the best of my life and the post-race party, on-course support, and setting (Virginia Beach) of this race were all top-notch. I'm looking forward to the return trip in March 2012. 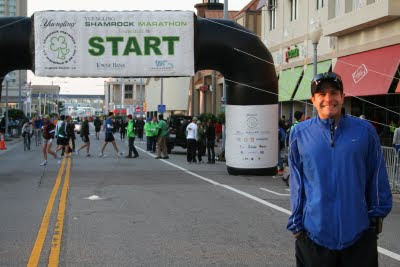 So, there you have my top 15.
,
It was harder to make this list than I thought, as I tried to consider both the races as events and my own performances.

What were your favorite races, and why?
Posted by Brian at 9:54 AM