Hearts All Gone (Another Stupid Music Review Because I'm Boring)

I wasn't going to do another music review until either Van Halen put a record out or hell froze over. But, there's not much going on on the running front for another week or so, when I'll start my training plan, which will be worth a couple blog posts.

Otherwise it's pretty much been same route, same pace, with the only variation being how many adorable kitties I saw on my run. (On my most recent jaunt through Manchester and Mt. Wolf, I saw a mother cat watching over two baby kittens as they pounced at each other playfully. It was probably the most adorable thing I'll ever see on a run).

So...with not a lot else going on, here's "Hearts All Gone", the second song released from the forthcoming Blink-182 album, Neighborhoods.

Listen to "Hearts All Gone" here.

I really like "Up All Night." I stand by that. But this is more of what I think most long-time fans were hoping for. Noisy and fast, it sounds at first listen more like something from Dude Ranch or Enema of the State era Blink-182, but yet, it's not. It has a heavier sound to it and more serious lyrics. (It seems like each Blink-182 album got a little more serious. I'm wondering if we've seen the last of jokey songs like "What's My Age Again?" and "A New Hope".)

Mark Hoppus handles lead vocals; if Tom is providing any backing vocals at all, I sure can't hear him. That's ok with me -- I think Mark has a good voice. That said, I think Travis Barker steals the show on this one with the drums.

So far the two new songs we've got from the new album could hardly be more different from one another (and still be recognizably Blink-182 at least). I'm looking forward to getting my ears on the whole thing in September. 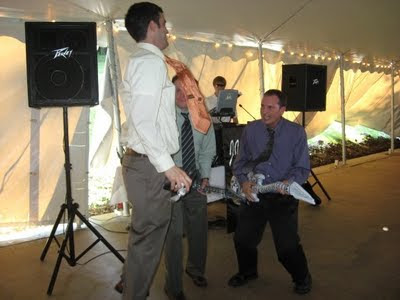 (This isn't Blink-182, but it was as close as you could get while they were on "indefinite hiatus.")

Email ThisBlogThis!Share to TwitterShare to FacebookShare to Pinterest
Labels: blink-182, boredom, must sign up for races so i have something to write about